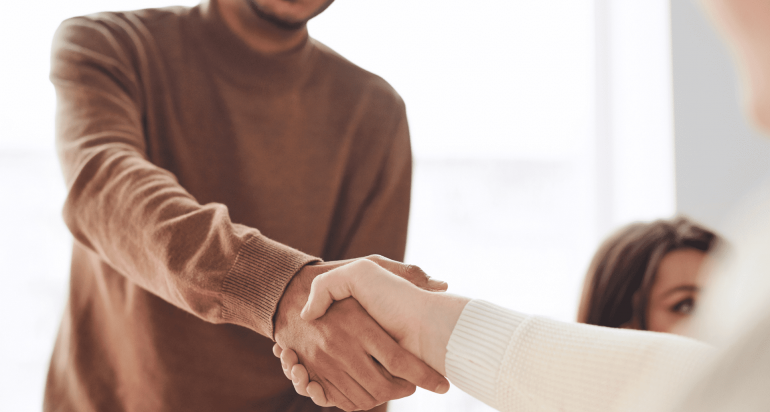 How to Combat Unconscious Bias in the Workplace

Your subconscious affects your everyday decisions. Have you ever felt automatically in favour or against a person? That’s your brain making a shortcut based on information gathered from your life experiences.

These instinctive preferences and prejudices are often unintentionally based on age, gender, race, appearances, social status, educational level, and so many other elements. These unsupported judgments are called unconscious bias, or implicit bias — and they’re slowing down diversity and inclusivity across the globe.

Because all of this happens unconsciously, it can be quite challenging to combat it in the workplace. But with these tips from Ad Culture, you’ll learn how to be motivated to avoid attributing stereotypes to people or groups.

Are you ready to start being conscious about your subconscious thoughts? Let’s begin!

Studies reveal that these biases are far more prevalent than conscious prejudice and that they don’t always align with someone’s conscious values.

The first step to combating unconscious bias is acknowledging that it is a real thing and that everyone has it. You’re human, and it’s completely normal.

But, not doing anything to train yourself to minimize these preconceived notions can become a problem. Now that you’re aware of it, it’s your responsibility to control it. Otherwise, it will continue to negatively impact the way you hire candidates and interact with your employees. Your business decisions can also be deeply affected by unconscious bias.

Getting rid of implicit bias makes way for diversity. And diversity makes way for more chances of innovation and success. In fact, research shows that inclusive teams end up making better decisions for their businesses at least 87% of the time.

Once you realize this, it’s only a matter of time before you strive to apply it in the workplace consistently.

Take Note of the Stereotypes That Exist in Your Mind

What are the snappy judgments that you tend to make? Do your best to recall all the instances where prejudice or stereotypes might have played a role in your decision-making process.

Have you ever hired a younger candidate, rather than an older yet more competent one, simply because you believed it would be easier to instruct them since they’re less experienced?

Or have you ever favoured the views of one employee over the other because they had a higher position in the company?

Do you tend to associate males, rather than females, with more tech-related tasks?

Figuring out which stereotypes tend to cross your mind will bring you one step closer to combating it in the workplace. There are various types of unconscious bias, including:

You might want to consider taking Harvard University’s Implicit Association Test to have a clearer understanding of your subconscious prejudices.

Step Out of Your Circle Every Now and Then

If there’s someone at work who loves fishing just as much as you do, it’s likely that you converse with them more often than with the other employees. Not surprisingly, the chances are high that everyone in your circle is a lot like you. But it’s when you step out of that circle that diversity is given a chance to expand and unconscious bias decreases in power.

To gain new perspectives, interact with different colleagues who are bound to each have unique backgrounds. Connecting with those beyond your circle might just help you speed up the process of shattering stereotypes. Who knows, your social circle might even end up expanding permanently!

Battling unconscious bias is a process. Simply acknowledging its existence isn’t enough to improve the workplace. To truly step out of the shadows of prejudice, everyone in the company should go through strategic training. It might take some time to see actual progress, but it will all be worth it in the name of diversity.

Organize meetings that discuss the idea of unconscious bias. You can also encourage everyone to ask each other questions they might have regarding the topic. This is an opportunity for interaction between colleagues to discuss non-work-related matters that can actually improve their output.

On the road towards eliminating unconscious bias, you’re going to need to ride the train of transparency. This includes the processes of hiring, evaluating, and promoting.

Being clear about the criteria that is being considered will help people build trust in your business’ practices, as they are assured that there is no bias towards race, age, gender, or any other crucial factors. Make it known that your decisions are based on what truly matters — actual skills and performance. Not only will you be able to attract diverse candidates, but you’ll also be able to create a healthier workplace where every employee feels like they are treated equally.

The ultimate goal of unconscious bias training is diversity and inclusion. When you escape from the prejudices that unknowingly surround your decisions, you’ll be able to open up new doors filled with unique ideas and reach extraordinary levels of innovation. All you have to do is say goodbye to unconscious bias.

Are you a talented individual who deserves to get hired and shine in the advertising and marketing industry? Ad Culture is a reliable recruitment firm that can help you find the right place to apply yourself.
We’re here to get you closer to your career goals by connecting you with some of the biggest advertising companies in North America. Simply contact our team today to get started!

Let's chat about
building your team! 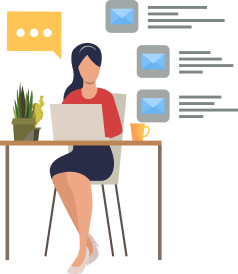 What Our Customers Have to Say

“We were looking for someone to run our social channels with a strategy and aesthetic that resonated with our customers. It had to be someone that was already fluent, familiar and would get who we were as well as be the kind of person comfortable with coming into the office. We tried filling this role ourselves through our network in the past and it never really worked out the way we wanted. Luckily, I found Stephen at Ad Culture and left it to him to find the rockstar we knew we needed – we got sent our first candidate and there wasn’t a need for a second. Ad Culture understood us and the candidates. Hopefully, it’ll be a long time until we need another recruiter, but when we do, we know where to go. ”

“The team at Ad Culture really came through for us on a very particular need we had. We wanted to meet influencers in the fitness space that would be ambassadors, work with our clients and devote themselves full time. Seeing that they had a background in digital advertising and influencer marketing, we reached out and made it happen. Results were so good we referred them to our counterpart in the US.”

“I resisted using a recruiter for a long time because of the cost, but when I calculated all the time spent in drafting the job descriptions, collecting resumes, sifting through, scheduling screening interviews, all to not find the right person, I reached out to Ad Culture and the money was well worth it. I felt Stephen really understood the kind of person we were looking for and their skiillsets.”

Let's find the right combination of talent and personality for your company.